Speak Lord, for Thy Servant Hurteth!


“I loathe my very life; therefore I will give free rein to my complaint and speak out in the bitterness of my soul. I will say to God: ‘Do not condemn me, but tell me what charges you have against me.’” (Job 10:1-2, NIV)

MAIN POINT: Suffering is real. Pain is hurtful. Despite the reality of these, it is still foolish to claim that its presence deny the existence of God. On the contrary, having someone we can speak with, to complain to, or simply to cry out to, helps. Immensely. 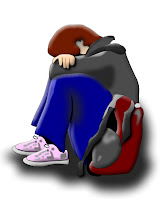 I am currently leading a group of men through the study of Job. It is one of the toughest books, not content-wise, but emotional. The men that I have, share their deepest wounds and pain. It is not easy to share. However, once spoken, heard by, and understood, the sharer is often helped. It is because we are persons, we can only be helped by persons, which is a clue that we live because we have a personal God.

For many people, suffering is the single biggest barrier for people to accept the existence of God. Some say the purpose in life is to get out of the cycles of births and rebirths, that lock oneself in endless suffering. Others propose a limited god. Yet, others vehemently declare the non-existence of God.

None of these approaches purport a personal God. Not one of them teach anything close to the God of the Bible, that tells us that God himself understands what pain is, in the suffering of Christ. This week, I will deal with three non-Christian approaches, and why they are inadequate. Then I will share about why I believe having Christ to share our burdens with is not only adequate. It brings hope. It is because we are persons, we can relate to a personal God.

A) The Buddhist Approach to Suffering
Between the 4th and 6th Century in India, there lived a king who loved his son, Siddhartha Gautama. For 30 years, the king provided his son all the good and nice things, and hid away all the bad and ugly stuff of life. He sheltered him from things like aging, poverty, evil and suffering. When Gautama was 30 years old, he began to hear that things outside the palace was different from what he was enjoying. He decided to take a walk along the streets of India. It depressed him. He became so downcast that he decided to gave up all his luxury, to live among the poor. In his deep search for understanding suffering, he developed the Buddhist teaching of 4 noble truths.

#1 - All life is suffering (Dukkha);
#2 - Human desire is the cause of all suffering;
#3 - When desire ceases, suffering ceases;
#4 - Way to cease desire is to practice an Eightfold Path.

The Buddhist Solution: All life is suffering. The reason we suffer is because of our human craving. Thus the solution is to get rid of it. When we become empty, suffering loses its sting. [My question is, if life is all suffering, what do we make of love and goodness?]

B) Harold Kushner: “God is Not All Powerful”
In talking about suffering, one source often gets cited. It is the Jewish rabbi, Harold Kushner who is one of the most advanced thinkers regarding suffering of the human race. His classic bestseller: “When Bad Things Happen to Good People” deals with the struggles of his Jewish people, especially the Holocaust experience. His son died at the age of 14, which triggers the reflections in his book. Throughout the book, Kushner deals with the issue of God.
Kushner manages to reconcile the two, by elevating ‘God is good’ over ‘God is All-powerful.’ In other words, he argues that God did not cause suffering (because God is good). Suffering still exists because somehow, God cannot prevent it (God is not ‘absolutely’ powerful). His conclusion is that there is no answer to the question of God and suffering. He reverses the forgiveness paradigm. It is not men needing forgiveness but God needed to be forgiven by men! He agrees with the conclusions of a poet called Archibald Macleish’s interpretation of the sufferings of Job.


“Macleish’s God answers the problem of human suffering, not with theology or psychology, but by choosing to go on living and creating new life. He forgives God for not making a more just universe, and decides to take it as it is. He stops looking for justice, for fairness in the world, and looks for love instead.” (Harold Kushner, When Bad Things Happen to Good People, Random House, 2004, p159)

The Kushner Solution: God is powerful, but not powerful enough to eradicate suffering. [My question becomes, if God is limited by suffering, what other things limit God? ]


C) The Atheistic Answer to Suffering
Sam Harris is one of the most outspoken atheists against religion. In fact, he reserves his harshest critic for people he deems as having ‘blind religions faith.’ He states the premise of atheism in the Huffington post.


“Atheism is not a philosophy; it is not even a view of the world; it is simply a refusal to deny the obvious.” (HuffingtonPost, Oct 2005)

Harris claims the obvious being ‘there is no such thing as god.’ He bases the presence of evil and suffering as key reasons why ‘a biblical god is fiction.’ He then goes on to state his case:


“As Richard Dawkins has observed, we are all atheists with respect to Zeus and Thor. Only the atheist has realized that the biblical god is no different. Consequently, only the atheist is compassionate enough to take the profundity of the world’s suffering at face value. It is terrible that we all die and lose everything we love; it is doubly terrible that so many human beings suffer needlessly while alive. That so much of this suffering can be directly attributed to religion -- to religious hatreds, religious wars, religious delusions, and religious diversions of scarce resources -- is what makes atheism a moral and intellectual necessity.”

My trouble with Harris's argument is that he seems to exclude religious people from being intelligent enough to take suffering at face value too. His militant and bigotry stance is in itself a reason not to be taken seriously. What needs to be taken seriously is the frequency and the wide exposure given to him by secular media that freely publicizes his rantings. If you say something unbelievable once, people will probably ignore you. If you say the unbelievable a few times, people may start giving you the benefit of the doubt. If you say the unbelievable many times, over and over again, people may cross the plank of doubt, giving up their faith in a perfect God in exchange for trust in imperfect humanity. Like Richard Dawkins, Harris is on a personal crusade to debunk religion. In fact, he thinks that not only is there no such thing as god, religion that posits a God, is the main cause of violence today.

The Atheist Answer to Suffering: Accept it. Don’t clothe it in religious terms. [My question is, what basis is there for compassion and love?]

D) Right Experience, Wrong Conclusion
Suffering is real. The experience of pain is most real. Under such extreme circumstances, it is very easy to start questioning many of the fundamental beliefs we previously hold. We traverse through the valley of darkness. We meander over the ups and downs of belief and doubt. We toggle between hopelessness and helplessness. We become open to new perspectives, and at the same time hardened against familiar advice. Suffering either strengthens us in our faith, or renders us vulnerable to fear. Fear of loss. Fear of greater suffering. Fear of the unknown and uncertain road ahead. The problem with the many philosophies is the problem of rightly experiencing the seriousness of suffering, but inadequate conclusions.

Kushner’s approach to suffering defends God’s goodness, but defies God’s Power. While different from the Buddhist in terms of philosophy, it concludes in a somewhat similar helpless fatalism. His solution is to GIVE UP trying to understand suffering, for even God is limited. It is inadequate because he himself tries to limit God.

Atheism approaches suffering through a brute force declaration that religion makes things worse. Its matter-of-fact manner of approach tries to be realistic, but offers a very unrealistic and discomforting perspective of life. If ‘suffering’ is merely the obvious thing, what then motivates the atheist to help fellow humans who are in suffering? Do feelings then become the moral standard of help? Atheists simply ask people to GROW OUT of religious dependence, and accept humanism. It is inadequate because its solution is bankrupt as far as hope is concerned.

E) My Comments
What about the suffering believer in Christ? How does one remain God-fearing, and at the same time, practice emotional honesty about his pain? For this, consider the suffering of Job. Himself a righteous man, he gets tormented by the insensitive statements made by his friends, Eliphaz, Bildad, and Zophar. Yet, Job was able to cry out to God in his anguish. His fear of God prevents him from blaming God. His emotional honesty makes him hate his own life. In his darkest moments, he gives God the benefit of any doubt, and lets God speak. Unlike the Buddhists or the atheist, Job has God. He knows God exists, and he has someone to pour his heart out to.

Sometimes I think some of us are more deaf than we know. It takes pain and suffering to wake us up. In our world of many words and sounds, noises often drown out the whispers of God. Due to noises like these, sometimes, we force God’s Hand to make us listen up.


"God whispers to us in our pleasures, speaks in our conscience, but shouts in our pains; it is His megaphone to rouse a deaf world.” (C S Lewis, The Problem of Pain)

One of the best reflections on suffering is that of the Holocaust survivor, Victor Frankl. He writes:


“If there is meaning in life at all, then there must be meaning in suffering. Suffering is an ineradicable part of life, even as fate and death. Without suffering and death, human life cannot be complete.”


“And sometimes, when the cry is intense, there emerges a radiance which elsewhere seldom appears: a glow of courage, of love, of insight, of selflessness, of faith. In that radiance we see best what humanity was meant to be. That the radiance which emerges from acquaintance with grief is a blessing to others is familiar, though perplexing: How can we thank God for suffering's yield while asking for it's removal? But what I have learned is something stranger still: Suffering may be among the sufferer's blessings. I think of a former colleague who, upon recovery from a heart attack, remarked that he would not have missed it for the life of him. In the valley of suffering, despair and bitterness are brewed. But there also character is made. The valley of suffering is the vale of soul-making.” (Nicholas Wolterstorff, Lament for a Son, Grand Rapids: Eerdmans, 1987, p96-97)

Copyright by SabbathWalk. This devotional is sent to you free of charge. If you feel blessed or ministered to by SabbathWalk weekly devotionals, feel free to forward to friends, or to invite them to subscribe online at http://blog.sabbathwalk.org . You can also send me an email at cyap@sabbathwalk.org for comments or enquiries.
Posted by Sabbath Walk at 8:53 PM

Email ThisBlogThis!Share to TwitterShare to FacebookShare to Pinterest
Labels: Hope