“The leech has two daughters. ‘Give! Give!’ they cry. “There are three things that are never satisfied, four that never say, ‘Enough!’: the grave, the barren womb, land, which is never satisfied with water, and fire, which never says, ‘Enough!’ (Proverbs 30:15-16)

MAIN POINT: Discontent has many faces. It grows from an evil root of wanting what we do not have. Satisfaction is knowing you have all you need. The journey to contentment begins with a single word: "Enough."

Once I went on a hike with friends through a tropical jungle. Though we stayed on the hiker’s path for the most part, there are moments when we would take a break by the stream, a small waterfall, or a nice restful spot. Often, the biggest fun in any hike are the breaks we take. As we rested, as we open up our packed lunches or bottled drinks, we would share about our lives. Then we would continue our journey, walking through miles of jungle terrain, wading over streams of water, and occasionally cutting past trigs and branches that impeded any short-cuts we took. At the end of the day, we would set up camp, to refresh ourselves and to rest for the night. Sometimes, when we remove our shoes and socks, we would find unwanted guests like leeches. 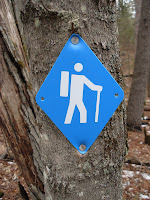 Leeches are essentially blood suckers. They must have entered as tiny little worms through our boots as we were wading on the streams. Leeches have an affinity for blood. Lots of blood. The moment they find a source, they will be oblivious to any threats around them, gorging on blood non-stop until their bodies become bloated up. For these little critters, ‘greed’ is their middle name. The proverb above talks about the attitude of leeches like having 2 suckers screaming out: “Give! Give!” all the time. They are always thirsty, always wanting, never satisfied.

A) The Many Faces of Discontent

One of the biggest challenges facing modern living is discontent. Like leeches, modern people grapple with the question: “How much is enough?” I know of someone who did not get the pay increment she was looking for. She felt miserable. It affected her work quality. She became disillusioned. It affected her relationships. Her dissatisfaction dominated her conversations. It affected her attitude toward her boss and her work. Even though she had signed a contract to work for her stated salary, and the pay increment is at the sole discretion of management, she refused to accept the increment she deemed ‘miniscule.’ As a result, the mood of the whole office became very negative.

Tom has been married for more than 10 years. He meets many clients, often at dinners and after office hours. His very own success is a magnet for many of his clients. Some of his clients happen to be young and attractive single ladies. Soon, his roving eyes around his attractive clients start to overwhelm his mindfulness of his faithful and loving wife back home. The journey from innocence to adultery is complete, facilitated by the lubricant of discontent. Like leeches that never say enough, Tom gets sucked in from one affair to another. At the same time, his discontent with his wife grows larger.

Discontent has many faces. It can also be technology. Launched in April 2010, the Apple iPad tablet device has garnered a cult following, and started a whole new revolution in portable computing. A million was sold within a few weeks. Last week, less than a year later, Apple released a new version called ‘iPad 2.’ Many early adopters ditched their first version for the newest and the greatest. While ‘discontent’ can be a harsh word for those who love technology, and upgrading their gadgets, I feel that it parallels the human heart for an endless need for satisfaction. For instance, why must people upgrade so quickly? Those with a PC want a newer PC. Those with a Blackberry Bold series want the latest Storm 3 devices. Those with a fast car want a faster car. If Olivia Newton John is to release an updated version of her hit single, 'Hopelessly Devoted to You,' she will probably call it: “Hopelessly Devoted to Upgrading.”

B) Journey to Contentment

The first step toward contentment is to learn to establish limits. Stop. Halt our tendency for more. Those who complain about their pay and benefits need to remember their obligations, and their commitment to do their best for their paid work. Those who lust must realize that ‘lust’ leads to things that does not last. Those who upgrade unquestioningly must understand that obsolescence is only a matter of time. Discontent breeds more discontentment. Dissatisfaction leads to a life of unhappiness. Dissatisfaction blinds us two-ways. One blinds us with glittering images of what we do not have. The other blinds us to what we already have.

One with a greedy heart may have a million dollars and yet remains dissatisfied. Another may have only a few dollars in the bank, and can still be grateful for the little he has. Ironically, the one who is rich is not based on how many things he has, but how little things he need.

The Amish community in Pennsylvania has a habit of refusing to dabble with technology. They shun car ownership. They avoid the use of electricity. They even refuse to install a telephone inside their main house. In fact, emergency phones are only installed in a shack outside their homes. The Amish feels that technology is a threat to their community living. They feel that technology has a sinister way of enslaving them to technological-speed rather than human speed. By placing limits to their use of technology, they refuse to let technology master them.

Some of us may find it hard to understand the Amish’s disdain for technology. It is important to see that they are not against technology, but simply against the ‘negative’ aspect of technology on their relationships.


“They do not consider technology evil in itself, but they believe that technology, if left untamed, will undermine worthy traditions and accelerate assimilation into the surrounding society.” (Donald Kraybill, et al, Amish Grace, CA: John Wiley, 2007, 209-10)

For those of us skeptical about Amish attitudes toward technology, just look at what they have achieved. Without government help, the Amish takes care of their elderly, disabled, women and children. They have no drug abuse problem. There are no homeless people. There is a high level of literacy and humaneness in their relationships to one another. Divorce is rare. Even in businesses, compared to modern American small businesses where 50% fail within 5 years, more than 95% of Amish small businesses survives beyond 5 years! More importantly, the Amish level of close community and relationships are legendary. They don't even buy insurance!

The road to contentment lies in establishing limits voluntarily. It begins by learning to set self-limits. Satisfaction is not more-and-more-and-more. It is simply one word called ‘enough.’

I like to suggest 3 attitudes we can adopt to increase our satisfaction level.

Firstly, reach out to the needy and less fortunate. When we are constantly looking at the elite, at the bunch of rich and prosperous people, we begin to lament about what we do not have. We have all heard about the world’s rich becoming richer, and the poor getting poorer. Why make ourselves more miserable by comparing ourselves with the haves?

Secondly, be grateful for what we have. Cherish our existing relationships. Ask ourselves. We have 86400 seconds every day. How many of them have we used to say "Thank You O LORD?"

On March 23rd this year, the famous Elizabeth Taylor passed away at the age of 79. At her prime, every look at her astonishing beauty can instantly launch a thousand wall pin-ups. Yet, she struggled through 8 marriages. At the age of 79, I wonder how many men will put a poster of a 79-year old Taylor? Be real. Our looks are never stagnant. Everyone grows old eventually.

Thirdly, seek the true Source of satisfaction. The person of Christ. He has promised us living waters. He has guaranteed that when we drink from the well of Jesus, our thirst will be quenched. The Great Augustine reminds us over and over again.


“You have made us for yourself, O Lord, and our heart is restless until it rests in you.” (Augustine's Confessions)

We are not leeches that never say enough. We are humans who need God to say to us: “Enough! Be thankful for what I have given you. Rest in God. Rest fully in Me.”

Copyright by SabbathWalk. This devotional is sent to you free of charge. If you feel blessed or ministered to by SabbathWalk weekly devotionals, feel free to forward to friends, or to invite them to subscribe online at http://blog.sabbathwalk.org . You can also send me an email at cyap@sabbathwalk.org for comments or enquiries.
Posted by Sabbath Walk at 5:17 PM