Consequences of an Online World


“There is a time for everything, and a season for every activity under heaven:” (Ecclesiastes 3:1)

MAIN POINT: In a 24x7, always on technological environment, there is a temptation of making technology the new god of the modern age. Slow down. Stop. Look up. Do not turn technology into the modern ‘golden calf.’

Power outages can cause major disruptions in any city. Network outages hamper work and affect both internal and external communications. Several years ago, when I was a software engineer with a large American firm, there occurred a systems outage. Computers cannot connect to the network. The clocks failed to synchronize. People stopped working. Emptying office cubicles, office staff packed the cafeteria and surrounding coffee shops. The day continued on. None of my colleagues were complaining. That was 20 years ago. 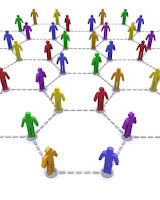 On April 19th, 2007, the major Canadian telecommunications provider, Blackberry suffered a major systems outage. Eight million Blackberry clients were forced offline. As the systems came down, tempers flared up. The scene was ugly. In October 2010, the popular social networking Facebook website also experienced an outage, forcing millions of users to stop updating their own lives online. Unlike 20 years ago, any kind of technology outage now is increasingly unbearable. Even unthinkable. In an ‘always-on’ culture, online companies’ future and reputation are at the mercy of the reliability of the systems network.

In an Always-On culture, people get jitters just to know that their iPhones or Blackberries are not working. Frantic looks appears when Facebook or Twitter sites disappear. I know some who can only pace back and forth aimlessly when their electronic gadgets fail to work. Tools used to be a supplement, an option for man to work with. With technology, tools are no longer just an option. The roles have been reversed. The one who created the machine, can no longer live without it. Technology has reversed the paradigm. It is no longer machines that need man to make it function, but man that needs machines in order to function. The maker cannot live without his toys.

In an insightful look at online environments and mobile lifestyles, and how they influence people, Naomi Baron lists three consequences of ‘being always on.’ They are personal; ethical; cognitive; and social consequences.

1) Personal Consequences
Baron argues that technology has given us a mass outlet to publicize ourselves. We become ‘public exhibitionists.’ I can see how technology encourages us to show off, fight for attention, and getting security in numbers. It is showing off, in the name of ‘sharing’; jostling for attention in the name of ‘status updates’; connectivity addiction, fed through having multiple followers and endless Facebook friends.

One of the most dangerous consequences is the fear of being by themselves. Whether in a bus, a train, in the medical clinic, people spend their spare time texting away or updating their social network status. It makes me wonder why people are so nervous about enjoying the time alone, without having to meddle with their phones. In other words, people are scared of being lonely. They need to be doing something with their hands, and to be engaged in their tiny gadgets to while away their time.

2) Ethical / Cognitive Consequences
Baron points out the problem of intellectual property theft, and violation of basic trust. Online communities are notorious for lifting copyright materials off the net, in the name of sharing. Some students on a scouts’ honour take-home exam, violate exam rules to choose to do the exam together, sharing information wiki-style; ie, sharing information with each other. One of Baron’s observations interests me. It is about the downside of multitasking.


“Even computer professionals get sidetracked by multitasking. When interrupted while performing a computer-based task, they often have trouble getting back to work.” (Naomi Baron, Always On, NY: Oxford University Press, 2008, p218)

How valid. People multitask, and deceive themselves by imagining they juggle tasks just as good, if not better than the computer chip.

3) Social Consequences
Of the three consequences, I feel this third one is the saddest. As technology floods the market, they too become barriers to human interactions. Thomas Friedman relates his taxi ride:

“The driver and I were together for an hour, and between the two of us we had been doing six different things. He was driving, talking on his phone and watching a video. I was riding, working on my laptop and listening to my iPod. There was only one thing we never did: Tak to each other.” (Thomas Friedman, The World is Flat

Baron too shares her experience about purchasing tickets on the telephone. Instead of a human voice, she has to talk to a machine called ‘Julie.’ I can understand the frustration. Sometimes, I will get automated telephone calls by marketing companies. The moment I respond with a ‘hello,’ the tape automatically rolls on and on with a prepared message, totally oblivious to any of my pleas. The only control I have is to hang up, which I often do. I say to myself:


“If these companies treat me like a machine, they do not deserve my business.”

4) Some remedies
I believe that simply critiquing an online world is not enough. We need to find a way to redeem creation, even technology. Even as technology starts to take a life of its own, we are still responsible for stewarding this growing tool. Let me suggest four remedies.


First, give thanks for outages. There is always a silver lining. Several years ago, there was a particularly long telephone outage in Manhattan. For 23 days, the people living in the affected area lived without the telephone. When interviewed, 47% reported that life was less hectic; 42% enjoyed the freedom of not being chased by the demands of telephone conversations; 34% of the people reported a heightened level of face-to-face communication. It takes an offline moment, to save us from an always-online environment.

Second, beware of the danger of addictions. It takes an outage to remind us how much we depend on our gadgets, and the level of our addiction to technology. Some businesses have instituted ‘no email Fridays.’ In 2007, Chicago-based US Cellular announced a ‘No-Email Friday.’ Employees are encouraged to contact their clients by using the telephone instead of the Internet. There was initial resistance against such a radical idea. Yet, one employee shared that his working relationship with colleagues as well as customers has actually improved!

Third, control technology before technology controls you. Learn to connect responsibly. Limit your own online activities voluntarily. It is a way of saying:

“Technology! You shall have no hold on me and my personal life!”

Not everything in life is meant to be speedy and fast. Life is mixed with fast as well as slow stuff. Instead of driving, sometimes I take a walk. Not only do I observe more of the neighbourhood, I get to speak with people. I notice the flowers, the trees and the latest housing projects done by my neighbours. Incidentally, how are we to love our neighbour if we are constantly boxing ourselves out in our houses and cars?

Finally, learn the Sabbatical principle. You can work 6 days, and rest one day. You can adopt a sabbatical principle to take periodic breaks throughout the day. Learn to strike a healthy balance between impersonal interaction with machines vs interpersonal relationships with people.

Dan Allender shares a scintillating insight about why we need Sabbath rest.

“We are driven because our work brings us power and pride that dulls our deeper desire for delight.” (Dan B Allender, Sabbath

Do not let our work, our gadgets, and technology puff us up with power and pride. Slow down to notice the ordinary. Stop intentionally to admire the simple things in life. In the process, we can lift up our eyes, to thank the God of Heaven, who made heaven and earth, and all creation. Indeed, the biggest reason to take the Sabbath is to remember:

“You shall have no other gods before the LORD.”

THOUGHT: "The solution of mankind’s most vexing problem will not be found in renouncing technical civilization, but in attaining some degree of independence of it. " (Abraham Heschel)


Copyright by SabbathWalk. This devotional is sent to you free of charge. If you feel blessed or ministered to by SabbathWalk weekly devotionals, feel free to forward to friends, or to invite them to subscribe online at http://blog.sabbathwalk.org . You can also send me an email at cyap@sabbathwalk.org for comments or enquiries.
Posted by Sabbath Walk at 11:37 PM