In Pursuit of Money


"Those who want to get rich fall into temptation and a trap and into many foolish and harmful desires that plunge people into ruin and destruction. For the love of money is a root of all kinds of evil. Some people, eager for money, have wandered from the faith and pierced themselves with many griefs." (2 Timothy 6:9-10) 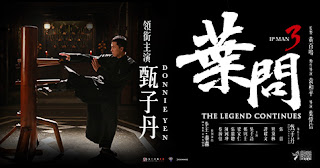 Last week, I wrote about the enticement of power, how power corrupts the flesh and how good Christian people in avoiding power like a plague miss the opportunity of seeing power as a gift to be stewarded rather than a poison to be shunned.  This week, I continue with some thoughts about a second temptation: Money.

I watched IP MAN 3 last night, a movie about a Chinese legendary hero, Ip Man. He was the said teacher of the famous Bruce Lee. A top martial arts pugilist, he pioneered a special kung fu called the Wing Chun martial art. This third installment, while not as good as the first one that launched Donnie Yen to fame, has enough bells and whistles to make it a worthy watch. There are many wonderful values in the film. There is the value of friendship, where leaders from the top pugilist schools regularly show respect to one another in admiration of their respective skill-sets and legends. There is the value of integrity, where people meant what they say, did what they promise, and kept their word. There is the value of marital love, where the protagonist lays everything aside, his reputation and fame, just to care for his cancer-stricken wife. Yet, a movie plot is not very exciting without villains and some level of bad behaviour. Here is where my reflections on money begin: Money corrupts the soul of the person from the inside out. Let me share three examples from the movie Ip Man 3.

As the Spirit Leads - Reflections on Power

A) The Seduction of Power

Like nooses that render one helpless like a donkey, power makes one weak on the knees as the heart gives way to the potential benefit of power. The famous words of Darth Vader in Star Wars also refer to power: "Come to the dark side" and "You don't know the power of the dark side."

The star in the movie, Luke Skywalker was also intrigued with the powerful dark side when he asked Yoda his teacher: "Is the dark side stronger?" Yoda replied gently: "No, no, no. Quicker. Easier, more seductive."

The use of power is key to getting things done quickly in many societies. The movie, "The Story of Qiu Ju" (starring Gong Li) tells of a pregnant village woman (Qiu Ju) trying to find justice in a sea of powerful establishment. Angry at how the village chief kicked and hurt her husband on the groin, resulting in severe pain. Just watching the movie tells us a lot about the use of power in the Chinese culture. If one is a nobody, a weak peasant, a woman, or a marginalized person, it is hard to get things done. People brush one aside like fluff. They trample on the weak like leaves that dropped on the road. However, when they hear a serpent hissing, they stop their tracks. When they see a dalmatian growling, they freeze. When the king or president of the country travels, the roads that you normally drive in are immediately closed so that the royal or official entourage can pass.

In countries where corruption is rampant, if one does not have the right connections or know the right authority, it is quite impossible to get things done. Even issuing passports can be expensive. If one refuses to pay top dollar for quick processing, following the regular process can be extremely long and frustrating. Just one bribe to the man in charge and the passport could be renewed within 24 hours. Gang members drop names to tell others about who they are dealing with.


"17Those people are zealous to win you over, but for no good. What they want is to alienate you from us, so that you may have zeal for them. 18It is fine to be zealous, provided the purpose is good, and to be so always, not just when I am with you. 19My dear children, for whom I am again in the pains of childbirth until Christ is formed in you, 20how I wish I could be with you now and change my tone, because I am perplexed about you!" (Galatians 4:17-19)


SYNOPSIS: Spiritual Formation (SF) is not some Spiritual Disciplines version 2.0 or 3.0. It is a life-long process that lets Christ be formed in us so much that people who see us, would find it inviting enough to do the same. For all its good points, I still have a "love-hate" relationship with this term. This article explains why.

There was a time in which people were all crazy about devotionals. I mean super crazy. The freely available "Our Daily Bread" from Radio Bible Class was one of the first devotionals I ever had. Printed as a pocket-sized booklet, it let new believers to read a verse, reflect on the story, say a prayer, and to hear a thought for the day. Other friends of mine swore by Selwyn Hughes's "Every Day With Jesus" devotionals. Unlike the ODB, EDWJ is not free. The first issue of EDWJ was published in 2000 and focused on monthly themes. The next wave was the practice of spiritual disciplines, thanks to the popularity of Richard Foster's "The Celebration of Discipline" which not only became a bestseller, it created a new wave of interest in both inward and outward practices of spiritual disciplines. Even today, people still talk about Richard Foster's spiritual disciplines as a way to live out their Christian lives.

Just like the way we upgrade our software, Christians sometimes wonder, "What's next?" Lo and behold, there is a new wave after Foster's Spiritual Disciplines. This is called "Spiritual Formation." I remember a time in which seminaries, churches, and various Christian groups were all talking about spiritual formation for their communities. In the minds of many, it was the "next big thing." For some then, it simply meant "Spiritual Disciplines 2.0" or version 3.0.

This week, I want to share the five things in my Love-Hate relationship with this strange thing called, "Spiritual Formation." 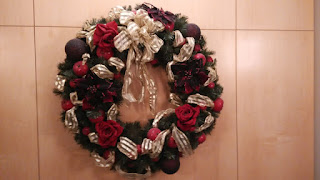 It's the same fireworks, parties, and dancing every 52 weeks. For some, it's the same mumbo-jumbo of goodbye or good riddance to a year mixed with more downs than ups. For others, it's the same "looking forward" to new hope, new promises, new adventures, and new opportunities. Then, like the annual clock, we come back to the same old midnight countdown the last minute of the year. With cheers and whistles, with beer and thistles, we welcome the new year by giving it another 365 days expiry date.

Then comes the tough questions.

1) What's your new year resolutions? (Don't know. Been there. Done that. What's new?)

3) What's different from last year? (Don't know. Is there really anything different?)