Today, the Supreme Court of Canada delivered its verdict on the issue of accreditation. After a series of back and forth between the TWU and the law societies of British Columbia and Ontario, the case was brought to the top court of Canada to decide whether the law societies should or should not be allowed to deny the university the appropriate accreditation for its new law school. This accreditation is crucial because without the approval by the respective law societies, one cannot legally practice law in the provinces concerned.  At issue was the “community covenant” which every student had to sign before one could study at TWU. This is totally consistent with the religious stand TWU had made in its 56-year history. Unfortunately, there are increasing number of dissent coming from outside and some say inside as well. Let me put in three thoughts about the decision and its impact on TWU and the larger Christian public in Canada.

1) It’s a reflection of changing times
While I am disappointed with the court decision, I think it is only a matter of time before TWU’s “community covenant” would be legally challenged and overturned by public opinion. If this case was brought up two decades ago, I believe the decision would go TWU’s way. Two decades later, among other things, there is a shift of moods and attitudes. Institutional religion is now seen with disdain. People are abandoning churches in large numbers. Throughout Canada, not only are more churches closing down every year, even the remaining churches are struggling with declining numbers. According to PEW research, since 2007, the number of  religiously unaffiliated people has been rising. The single largest group of people who believed but are not affiliated with any church or organization are the NONES, people who essentially answer “None” in the column about their religious affiliation. They could still be believers but they prefer to live without being attached to any religious institution or denomination. According to Leslie Williams, a professor of English at Yale Divinity School, she points out how things had changed. In the 50s, Baptists have the best Bible School and the Methodists the best Sunday School program, and lots of people still go to Church. These external signs hide an underlying discontent about the failure of people connecting with the modern culture. She notes in her book, “When Anything Goes,”


“Finally, after half a century of church squabbles, secularism, and Sunday morning golf games, we lost the people, our congregation dwindling along with most other mainline denominations.”

She then adds: “The current age has not come up with a new label for itself but defines itself in terms of what it has lost: the influence of Christianity.” In other words, Christians have not updated their own labels. Perhaps, that is one reason why the word “evangelical” is also view negatively. In fact, the words, liberal, conservative, or whatever in between are labels of the past, struggling to maintain their grip on current culture. The frustrated who hold neither of these views too strongly like their ancestors would simply put themselves as “None.” New names are needed. 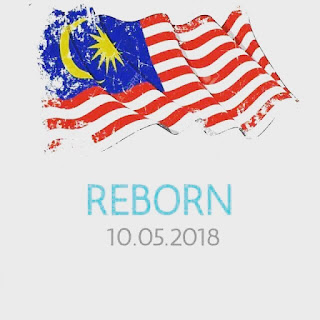