37Peter asked, “Lord, why can’t I follow you now? I will lay down my life for you.”
38Then Jesus answered, “Will you really lay down your life for me? Very truly I tell you, before the rooster crows, you will disown me three times!"


KEY POINT: How real is our faith? Will it survive the hard knocks of life? Or will it crumble under the first signs of trials?

In John 18, we see a dramatic and negative transformation of Peter, the famous disciple of Jesus. From someone who had the nerve to rebuke Jesus for speaking about his own dying (Matthew 16:22), to his bold physical defense against those trying to arrest Jesus (John 18:10), Peter is that kind of a shoot-first-worry-later kind of a guy. How is it possible for a guy who talks big on the outside but when the hard times come, deny Jesus. As modern readers, Peter's denial seems like a nice story to know about. What if the very trials and tribulations happen to us today?

Yesterday morning, another deadly shooting shooting occurred in America. This time, it happened at Umpqua Community College in Ten people were shot dead and another 7 injured. The gunman was eventually shot dead after a gunfight with police. From eyewitnesses, there are shocking news about how the shooter singled out Christians to be killed. According the reports, the gunman had a "disdain for religion" and in particular, Christianity. He reportedly asked:

"Are you a Christian? . .. Good. If you are a Christian, you are going to see God in just one second."

What followed was a horrendous act of violence where Christians were quickly shot on the head.  Those who said otherwise or stayed silent were shot on the legs. One teacher died immediately when shot on the head. Many were probably too stunned to know how to react. I wonder what I would have done if I was there. Probably, I'll be dead by now. Maybe, I won't as I might have rationalized the gunman as some deranged individual who was mentally unstable, and would not have taken his question seriously. Truth is, I really don't know. The whole situation can be extremely complex that there is no time to think of some rationalized answers. Incidentally, another recent shooting happened too in a Church in Charleston where black Christians were killed in cold blood. Some said it was racially driven. Others claimed it as another religiously motivated murder. Perhaps, there are elements of both race and religion.

What do we do when we are challenged to deny Christ?

I remember hearing a story of a few gunmen who entered a house Church in a persecuted country, asking believers in the Church to stand up. As the pastor stood up, along with a few other individuals in the congregation, the rest were then asked to leave. As the ones who stood got themselves ready for the worst to happen, the gunmen removed their masks and said to them: "Now we know who are the true believers of Christ, let us continue with worship." I am not sure how true the story is but it is a dramatized form of testing whether one's faith is genuine or not. When the trials and tests arrive, how many of us would pass the faith of test? Will we really lay down our lives for Christ?

I guess my readers would be split down the middle about this. There is no easy answer to such a situation. Stand up for Christ and be killed. Or we sit down by denying Christ and live for another day.

Peter failed the test. When the whole regimen of religious officials and Roman guards arrived to arrest Jesus, Peter and the rest of the disciples fled from the scene. John's gospel describes in vivid details how Peter denied any association with Jesus three times. At the third time, the rooster crowed and Peter wept like a baby.

In a book entitled "Killing Christians," author Tom Doyle has some rather dramatic statements to make about true Christians. He shares eight stories about how courageous believers live out their faith in lands of persecution.


"Sometimes survivors are unrecognizable even by their own families because, in the midst of their brutal affliction, they experienced Christ in an hour of need as few of us ever do. Persecuted believers have become the new face of genuine Christianity. They are filled with passion to live or die for Christ, and we in the West have much to learn from them." (Tom Doyle, Killing Christians, Nashville, TN: W Publishing Group, 2015, xii) 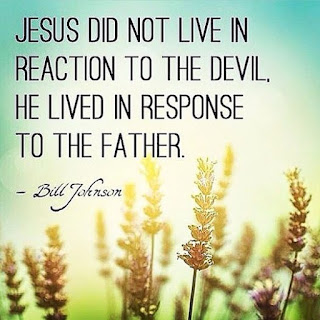 When persecutions come, when the temptations to deny Christ arrive, how would we fare? In a comfortable West where convenience trump conviction; where shallow belief is preferred over deep matters of faith; where empty words speak louder than solid allegiance to Christ, it is hard to determine who are the genuine believers among us. Maybe, there is no better way than to have fires and hardships to sieve us out. Tests of faith are not there to make life difficult for us. They separate the sheep from the goats. They determine the faithful from the faithless. They pointedly asked: "Are you for God or against God?"  There is no middle ground as far as faith is concerned. It is either we believe or not believe. Choosing to withhold our beliefs is already a statement against belief. Until we decisively make the choice to believe.

We are all easily tempted. As long as we live in this world, there is no way we can run away from tests and trials. What we can do however, is to prepare for it. Like the parable of the Ten Virgins, we can keep our levels of faith at maximum level at all times by learning to keep to the basic spiritual disciplines of faith. Like the call to maintain Christian Fellowship in Hebrews 10:24-25, we can maintain godly community by faithfulness in our commitments to one another. We can make it a point to be regular at our group meetings REGARDLESS of how busy we are or how tired we may be at the end of the day. For if we succumb to the busyness of life and the exhaustion of the day during good times, we would collapse quickly like a house of cards when trials and tribulations come.  United we stand. Divided we fall. When the trials and tribulations arrive, will your faith stand?

That is the question that we can only answer for ourselves.

THOUGHT: "No healthy Christian ever chooses suffering; he chooses God's will, as Jesus did, whether it means suffering or not." (Oswald Chambers)