Turn the Other Cheek

“You have heard that it was said, ‘Eye for eye, and tooth for tooth.’ But I tell you, Do not resist an evil person. If someone strikes you on the right cheek, turn to him the other also." (Matthew 5:38-39)

There is a story of an anchorite named Makarios (300-390). (Anchorites are people who have pledged to withdraw from the world and to live a life of devotion, to spend time in their religious beliefs). Before settling in the city of Sketis in the heartland of Egypt, he lived in a small village very much minding his own business. Being mild-mannered and eccentric, some villagers despised him. A virgin girl foolishly got pregnant by another man, and feared being found out by her parents. She also dreaded the public shame. Conveniently, she blamed Makarios. Without checking the facts, some men pounced upon Makarios and beat him up. The girl's parents said that the beating will not stop until Makarios agreed to marry the girl, and take care of the girl. Makarios, after humbly taking the blows, agreed and even started taking additional work in order to pay the bills. When the girl was due to give birth, she could not deliver the child. The labour went on for many days without much progress. Finally, the girl decided to confess, "I have slandered the anchorite. He is not to be blamed for my pregnancy. It is another young man. I have lied and accused the anchorite unjustly."

Upon her confession, the baby was delivered. Before the entire village could come to apologize to the anchorite, Makarios fled to Sketis, and went on to be a big catalyst in making Sketis "the place where God weighs the heart."

A) A Tit-For-Tat World

The story of Makarios is such a rare find nowadays. It is an amazing story of humility and self-deprecation. Who on earth practices that? We live in a tit-for-tat world. You punch me, I punch you back. You irritate me, I irritate you back. You write nasty Facebook comments on my page, I write even nastier notes.

The big bully the small, and the small bullies the weaker still. This world's modus operandi is, an-eye-for-an-eye, and a-tooth-for-a-tooth. In Chinese martial arts movies, it is common to find characters spreading violence from one generation to another. Some of these stories go beyond three generations. Murdering one generation leads to violence in the next generation, and the next, and the next. Many of these killings not only grow in intensity, they expand in brutality as well.

In our offices, how often have we played tit-for-tat with our competition? Whether we call it "turning the tables on them," or counter-attacking them, there is that element of revenge that remains strong, especially after a humiliating loss. Movies like Rambo show a strong revenge theme. Even Jaws manages to turn one from fear to anger, to long for the time where the evil Great White Shark will be killed once and for all. These movies play human emotions very well, cleverly riding the natural wave of a personal sense of justice via a vengeful heart.

Instead of playing to the common wisdom at that time, Jesus overturns the conventional thinking surrounding fairness. He says,

"But I tell you, do not resist an evil person. If someone strikes you on the right cheek, turn to him the other also." (Matthew 5:39)


Are you serious? Is it not right to hit back? Evil needs to be defeated, right?

Wrong. Jesus says it plain and simple. Do not resist the evil act. Now it is important to note that this "evil" is to be understood as an angry or unreasonable person, and not the devilish or satanic dark force like Darth Vader. It is like the way Ecclesiastes is talking about the "evil under the sun," where injustice reigns supreme, and where one's good works do not get reciprocated, while the idle gets a bountiful harvest. It is to be understood as an injustice done to us.

Unfair. Mistreated. Unjust act. Something we do not deserve.

That is not all. Jesus goes farther. Besides surrendering any desire to retaliate, Jesus tells us to turn the other side of us that is untouched to be hit as well! It is a double whammy! Not hitting back is one thing. Turning the other cheek? Isn't that stupid?

It is a tough instruction to obey, even though many Christians read this passage from time to time. It is so easy to quote this verse to one another when times are good, and when all is normally at peace. Until we are wrongly accused. Until someone slanders us. Until we are cheated or bullied into submission. Can we honestly practice turning the other cheek? 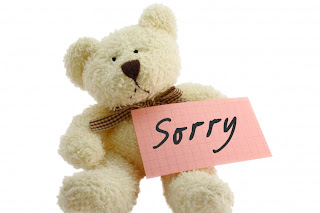 I reflect on how Adam and Eve become active players of the blame game in the Garden of Eden. When God asks Adam what happened, Adam blames Eve. When God asks Eve, Eve blames the serpent. On and on, the desire is to hide from truth, and to pass the buck. In reading Matthew 5:39, there are at least three reasons why Jesus urges one to refrain from retaliation, and the offer the other cheek. Firstly, it stops the cycle of evil and violence. In shouting situations, like between husbands and wives, sometimes raising voices can be extremely hurtful and harmful for the marriage. Husband raise his voice. Wife raises to the next higher level. Husband responds with an even louder tone. Wife tries to beat the husband with a sharper scream. In contrast, some marriage counselors have advocated speaking softer with each response to force a similar action. This not only signals the intent to reduce the tension, but also to create self-awareness on the other. Try that. When you speak softer at each level, see how your opposite responds.

Secondly, it reduces the ground for root formation. Every seed needs a fertile soil to grow. When the ground space is reduced, there will be less room for the seed to take root. Likewise, when one refrains from retaliation, there are fewer words the adversary can use to hit us back.

Reading Henri Nouwen's thoughts about hospitality also gives me some idea about a fourth reason not to retaliate: Radical hospitality. Turning an enemy to a stranger, to a friend, and eventual restoration to God. Nouwen writes of hospitality as follows:

"Hospitality... means primarily the creation of a free space where the stranger can enter and become a friend instead of an enemy. Hospitality is not to change people, but to offer them space where change can take place." (Henri Nouwen, Reaching Out)


Turning the other cheek is radical hospitality.  Recently, my name was implicated in an unfortunate email situation. It was a clear case of miscommunication by another person. For reasons unknown to me, the email began to take on a life of its own. Misunderstanding led to a bigger misunderstanding. Surprise turned to shock. Astonishment turned to anger. People were downright angry and upset.

One email can open the floodgates of negative emotions.

I prayed. I reflected. I thought about reasons to deny the allegations. Finally, reflecting on the life of Makarios, I thought the best thing for me is to apologize unreservedly. I had no desire to defend myself. I did not wish to make things worse. More importantly, I did not want to stumble a weaker brother or sister.

I apologized, simply because I acknowledge I am imperfect. Things could have been better communicated. I could have justified or denied each and every statement.

I chose not to hit back. I resisted the temptation to hit back, thereby halting any evil from taking root. I apologized, thereby turning the other cheek. I will apologize again, without wanting to justify myself, thereby preventing pride from growing in me.

I am no Makarios. I am simply a sinner saved by grace, and I will let my emails and my life be one of grace.

THOUGHT: "It takes a strong person to say sorry, and an ever stronger person to forgive."


sabbathwalk
Copyright by SabbathWalk. This devotional is sent to you free of charge. If you feel blessed or ministered to by SabbathWalk weekly devotionals, feel free to forward to friends, or to invite them to subscribe online at http://blog.sabbathwalk.org . You can also send me an email at cyap@sabbathwalk.org for comments or enquiries.