Then the eleven disciples went to Galilee, to the mountain where Jesus had told them to go. When they saw him, they worshiped him; but some doubted. Then Jesus came to them and said, “All authority in heaven and on earth has been given to me. Therefore go and make disciples of all nations, baptizing them in the name of the Father and of the Son and of the Holy Spirit, and teaching them to obey everything I have commanded you. And surely I am with you always, to the very end of the age.” (Matt 28:16-20)


There is one lingering question that is becoming more fascinating by the day. "Will Jesus use Facebook?" For Christians, this question typically triggers at least two kinds of responses. The first group deplores any technological association (branded the world) with a sacred figure. The second group embraces the use of anything as long as Christ is preached.  My reflection this week will touch on the impact of online media on society, with a particular interest in what it means as far as Christian witness is concerned.

In the 19th Century in the UK, due to the perceived threats of technology on their jobs, many workers revolted against factories that implemented modern machinery. Instigated by a person called General Ned  Ludd, a movement arose between 1811-1816 that emboldened ordinary wage earners against anything that threatened their livelihood, namely, technology innovations. Workers burned, broke, and banished the machinery in a widespread protest against technological devices. The term 'Luddism' is now used to describe people who sense a fear of the downside of technology and seek to fight against the use of certain technologies or engineering innovation. Such a fear reared its head again during the Industrial Revolution where machines increasingly dominate workplaces. I remember a time when my fellow workers were complaining about their duties being replaced by a robot. Sure enough. After a few quarters, the company laid off people in order to cut costs.

At the turn of the century, technology has appeared more frequently via a new name: The Internet. Like Newton's law, whenever there is a change, there will also be an equal and opposite reaction. Cultural critics like Neil Postman have since argued against the downsides of technology, saying that:

"Technology always has unforeseen consequences, and it is not always clear, at the beginning, who or what will win, and who or what will lose." (Neil Postman, in a speech here, given in Stuttgart)


Others like Sherry Turkle, a long time observer of human-machine interactions bemoans the way people are isolating themselves as they allow technology to get in the way. Nicholas Carr goes farther to warn people about how technologies like Google are changing our brains and the way we think and live. In an insightful book called The Shallows, Carr argues that as people praise the glories of modern technology and gadgets, many users tend to be blind to the side effects of technology.

"Our focus on a medium's content can blind us to these deep effects. We're too busy being dazzled or disturbed by the programming to notice what's going on inside our heads. In the end, we come to pretend that the technology itself doesn't matter. It's how we use it that matters, we tell ourselves." (Nicholas Carr, The Shallows, New York, NY: W W Norton, 2010, 3)

Not to be left behind, we have Kevin Kelly, in a provocative book, "What Technology Wants," that pushes the envelope even more, saying that the new technological world is not about what man wants from technology, but about what technology wants from people. On the pervasive use of smartphones, one contributor to the Economist appeals to us to remove our enslavement.

Neo-Luddites! You may accuse them.

B) On the Other Hand 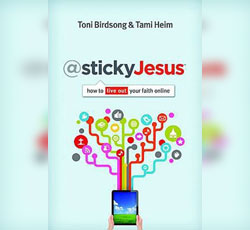 Then there are those who champion technologies. The bookstores are full of those in praise of Google, the Internet and the use of technology. Just talk to any man in the street and you will realize that they spend more time connecting online than relating offline. Christians have also adopted the use of computer terminology in their writings. Neil Cole, a church planter even uses computer software versions to tell Church History. He calls the New Testament Church in the early centuries "Church 1.0." The 16th Century Reformation is called "Church 2.0," and our modern era represents the evolution of a new version called "Church 3.0!" Popular speakers Tami Heim and Toni Birdsong have combined their expertise to urge Christians to go online and to learn to share our faith in the Internet world. As I read their latest book, '@StickyJesus,' I get a feeling that the Great Commission can be read as:


Acts 1:8 can be partially re-written as:

". . . . you will be my witnesses on Google, and in all Twitter and Facebook, and to the ends of the social media world."


Again, those are not their words. They are conjured up as a result of reading how passionate Heim and Birdsong have been. They argue:

"For you, a Christ follower, the discussion around technology and its impact for good cannot be left to chance. It's a conversation that must be an ongoing priority. It must become part of the writings, readings, and teachings that communicate faith to this and future generations. And if businesses, motivated by profitability and survival, continue to generate effective content marketing solutions and new ways to engage the public, the body of Christ should be alert - and teachable - to use those same strategies." (Toni Birdsong and Tami Heim, @StickyJesus, Nashville, TN: Abingdon Press, 2010, 7)

My personal reading of it all is that we need to learn to use technologies well, but also critically. We need to periodically take a step back and ponder why we are doing what we are doing. We need to pause to reflect upon the ways of social media, the pros and cons, and to draw the line often by saying:

"Social Media. You shall have no hold on my life."


I thank God for cultural critics like Postman, Turkle, Carr, and others. They help many of us who tend to use technological gadgets uncritically sit up and think. We are pressed with questions like:

The human problem is not technological. The human problem is still sin. Before the rise of the Internet, parents worry about their kids spending too much time watching TV or playing games on the computer. Society gets worried about the drug problem or gang recruitment activities in their neighbourhood. Pornography was a big concern a number of years ago.

Not anymore. Now, people have shifted to social media, and we hear news of Internet predators posing as innocent 'friends' to try to manipulate young minds to meet them at a physical location. The threat is real. Policing the Internet is becoming more and more challenging as privacy structures become more sophisticated. Sin masquerades itself in any media, any platform, through any channel. Christian, beware!

As I read the gospels, I believe it is likely that Jesus will meet us where we are. Just like the Samaritan woman in John 4, Jesus meets her at the well at odd hours during the day. Like Zacchaeus, the despised tax collector in Luke 19, Jesus offers to meet him at his house. Like the lame man in John 5, Jesus sees him at the Sheep Gate in Bethesda. The interesting thing is that Jesus did not remain at the well. Neither did he stick around in the house of Zacchaeus. He did not linger all the time at the Sheep Gate in Bethesda. After the witnessing for God, and the demonstration of signs, Jesus moved on! Even if Jesus has a Facebook account, He will not linger around in cyberspace. Neither will he be hooked online so many hours that he fails to pray and seek God's face first thing each day.

Yes, Jesus if he is walking the streets today, he will not simply disregard the technological gadgets we have on our hands. Instead, he may be asking us what we are doing, or why are we Tweeting what we are tweeting, or writing stuff on Facebook.

What will you do, if Jesus asks you: "Will you be my friend?" Certainly, Jesus will not simply want to be a 'friend' on your lists of Facebook friends. He wants to be more. Much more.  Will you let Him? Will you lead others to Him? Let me close with the following set of tips from Birdsong and Heim, which I hope can help us be more intentional and godly in our social media interactions.


THOUGHT: "It is questionable if all the mechanical inventions yet made have lightened the day's toil of any human being." (John Stuart Mill)