Beware a Church of Nice Guys


“You snakes! You brood of vipers! How will you escape being condemned to hell?” (Matthew 23:33) 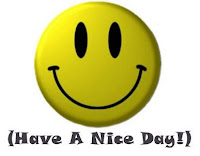 Derrick Bird is British, drives a taxi, and lives a quiet life. He works hard, and is a loving father of two boys. Friends call him a ‘really nice guy.’ A neighbour observes that he ‘was always pleasant and never caused any problems.’ On June 2nd of 2010, this nice guy takes a gun, shoots dead 12 people, and seriously injures 11 more before killing himself. Since the tragedy takes place in Cumbria, the massacre is known as the ‘Cumbria Shootings.’ What happened? How can someone with a typical nice-guy image trigger a mad round of senseless shootings? A quiet man ends up with a thunderous act of violence. Whatever the motives, whatever the speculations, this incident reminds us again that nice guys on the outside, hide what is going on inside. Nice guy images are frequently superficial. They are good at hiding their private selves from the public eye. People do not really know them. They do not really want to know people.

Nice guys are everywhere. As long as you maintain a smile, speak nicely, and you will automatically be granted the title: "Mr Nice Guy." While not every nice guy is like Derrick Bird, unfortunately, a church comprising of simply nice guys or nice gals will hardly make any difference to Church growth or discipleship. The truth is, nice people are hardly nice. They are simply being politically correct. They know which buttons to push. They are careful not to press the wrong ones. They are guided by the theory that as long as feathers are not ruffled, everything will be all right. In this week’s Sabbath Walk, I shall argue that in order for any Church to grow, they need people who are not simply content about being a nice person. Instead, we need people to be the spice that God has gifted them to be.

I have been attending Sunday Church services since 1983. In general, people in churches are nice. Ushers greet me: “Good morning.” Familiar friends offer good wishes, with friendly ‘How are you doing?’ Pastors greet me by name before turning his attention to the next person in line. It is so easy to see smiling faces in Church. I like smiling faces. Yet, sometimes, I wonder what is going on behind the smiling façade. As long as one toes the official line, shakes the cordial hand, and speaks the politically acceptable words, everything is deemed fine and normal. One earns the Mr Nice-Guy or Ms Nice-Gal image. There is nothing wrong. There is nothing really bad about it. The question is: “What is underneath the surface?" Is there more to church than a smiling face?

Like the quiet nice-guy Derrick Bird, nobody knows what is underneath his smiles and nice guy image. In Church, it is difficult to build relationships with someone hiding behind nice-guy images. Harder still is that nice guys usually are not bothered about developing deeper relationships. Paul Coughlin identifies another reason why people choose to keep up a nice guy persona.


“Shame is big in the Church. Helps keep guys in line. Keeps their heads down. Keeps them humble. Supposedly. Actually, without shame, guys might be able to live the vital life God intended. This world would be a lot better. Instead, we have passive, naïve Christian Nice Guys. We sit next to them in church all the time, not realizing their identity is being squashed, their will being broken, the lives of those who love and depend upon them being diminished as well. Everyone loses when we follow a false ideal.” (Paul T. Coughlin, No More Christian Nice Guy, Minneapolis, MN: Bethany House, 2005, p14)

In describing the Nice Guy image in Church, Coughlin is criticising the element of shame and fear that is used to squeeze people into a set mould, one that prevents them from being real people. Let me list down five traits of the nice guy image. They are intended to provoke deeper reflection, and not meant to be judgmental upon any particular persons or groups.

Firstly, nice guys tend to be passive people. Unwilling to run the second mile, they smile a lot, and they disengage a lot. In general, there is a high level of passivity in many churches. For example, the 10-90 pareto principle holds true, where 10% or less of the people in Church take on 90% or more of the work responsibilities. Volunteers are few and far between. I have volunteered frequently as a Sunday School teacher, as well as being a superintendent at some point. It hurts me to see how ‘nice-guy’ parents who smile a lot when they bring their kids to class, start to curse and swear at my teachers when their kids cry for some reason after the class, even when their kids are the cause of the mischief. Often, the ones who complain the most are the ones who are not actively serving in the Sunday School.

Secondly, nice guys prefer not to rock the boat. In fact, being nice basically means status quo. If it ain’t broke don’t fix it. Keep a smiling face and everything will be all right. This trait is troubling because it hinders real growth. People who refuses to rock the boat are not open to change. When Jesus pronounces the seven woes on the Pharisees, he is not being a nice guy. He is rocking the boat of complacency and stubbornness.

Thirdly, nice guys say nice things, instead of tough truth. They fail to understand what it means to speak the truth in love. They have unwittingly equated truth-speaking with nice-sayings. The two things are completely different. Sometimes, one needs to be truthful even when the words used are not nice. I appreciate a sister in Christ who will unapologetically tell the truth as it is. She gets full marks for authenticity and for truth-telling. We must dare to speak the truth, even when we cannot find enough nice words to accompany it. Truth, like Jesus’s anger needs to be released appropriately. Do we scold our mischievous children with nice sounding words? Do we put up a nice-guy image in the light of treacherous sins? No!


Fourthly, nice guys are content to scratch only the surface. They are superficial beings. They are more than satisfied with the status quo. This is why nice guys find it easy to change churches. In any church, it is easy to find people who are ready to jump ship at the right moment or opportunity. By not getting involved in the first place, they are content to let themselves straddle at the peripherals of Church, instead of being directly involved in the center of Church life. Nice guys say things like: “Do not get too involved.” Or “Just attending church is ok.” Instead of doing their best, nice guys tend to do the bare minimum.

Finally, nice guys typically do not grow their relationships in church. Many church people have deceived themselves by saying that as long as there is no quarrel, everything will be all right. According to long time pastor, Roy Roberts, it takes many years to build up the church, but less than 24 hours for the church to split because of a major conflict. The Chinese has a saying: “If one does not fight, one does not gain familiarity with the other.” It is not a proverb to call people to take up arms. It is instead a reminder to take the opportunity to know the other party in spite of negative circumstances. When I was younger, I used to fight with my siblings. We are just kids, but we let our feelings known openly to each other. Through the years, we learnt that relationships are built on many dimensions; the beautiful, the good, the bad, and the ugly. We grow when we are able to let our relationships sail through all dimensions.

The scripture passage above shows Jesus openly letting his actions reflect how he feels. He scolds the hypocrites. He rebukes them by calling them ‘snakes,’ ‘vipers’ and even warns them about hell. These words are hardly nice according to our modern ‘church’ standards. Unfortunately, our modern church tends to paint Jesus like a nice-guy image. Coughlin asks a pointed question:

“How come when we ask WWJD? We almost always assume some form of quiet, mellow response, when he often spoke and behaved in undeniably rugged ways?” (15)

Jesus is good. He is pure. He is holy. He does not mince his words. Jesus tells the truth as it is, like in Matthew 23:33. Coughlin goes on to say how the Church has unwittingly formed Jesus into our own image.

“Many of us believe in a wooden Jesus who was perpetually somber, consistently robotic, consummately nice. He wouldn’t think of hurling sarcasm at anyone; his momma raised a Nice Boy with impeccable manners. Many sermons we hear are designed to make Jesus appear always approachable, always calm, and endlessly patient.” (14)

We need to move beyond nice-guy churches. We are called to live out our spice intentionally, not wander aimlessly by being nice.

4) The Spice of Discipleship

Rather than being content with mere nice guys, I urge Christians everywhere to be aware of what kind of spice they are. Do not settle on being nice. Be the spice for God. Jesus calls his disciples ‘salt of the earth.’ He says:

We need to take up our salt and salt the world wherever we go. We need to avoid the tastelessness of a nice-guy image, and flavour the world with our gifts, our talents, and our obligation to live out the truth everywhere we go. Spice up the world. A pastor friend of mine loves to cook. He shares often that salt is not merely something added to food to make it salty. Salt is also used to DRAW OUT the best ingredients from food. With salt, one can lift out the best flavours. As disciples of Christ, I believe this is one of the purposes of being the salt of the world. BE THE SALT TO MAKE THE WORLD THIRSTY! Make the world so thirsty for Christ with our salt, that the world will long for Christ to provide living waters to quench their thirst.

Lee Strobel tells of an encounter with an atheist asking questions about Christianity. Unlike some church ministry leaders and pastors who shrug their shoulders and refuse to engage in tough talk, Strobel passionately engages the atheists, and at some point, nearly gets embroiled in an aggressive debate. Eventually, Strobel apologizes for his lack of niceness. Instead of being offended, the atheist expresses admiration for Strobel. He thanks Strobel for standing up for what he believes in, even though Strobel lacks the diplomacy common among nice guys in church.

My readers. Do not settle for just being a Mr Nice Guy or Nice Guy. Let there be more spice guys/gals. For the sake of Christ and the coming Kingdom.

Thought: “It is now possible to live a "christian life" without doing the things that Jesus commanded us to do. "We have hired people to go into all the world, to visit those in prison, to feed the hungry, to clothe the naked, to care for widows and orphans. The average Christian doesn't have to do it.” (Cal Thomas)